A new report has shown that over the past 10 years, manufacturing in the United States has started to become more competitive compared to many low-cost rivals- the most notable one being China. Today, U.S. factories are able to produce goods at cheaper prices than many of those produced in Eastern Europe. According to the Boston Consulting Group (BCG), it is now less than 5% cheaper to produce goods in China compared to the United States, which is quite good considering that the U.S. wasn’t even on the map prior to this.

An In-Depth Look at Why Manufacturing Costs are Decreasing

What a lot of people don’t know is that manufacturing costs are decreasing outside of American borders as well. For instance, it is now cheaper to produce goods in Mexico than it is China. But what has prompted this drastic change over the past 10 years? 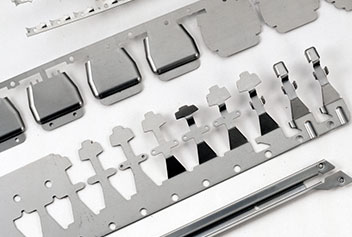 In short, companies are now starting to make more educated decisions regarding their manufacturing processes. A big problem before was that many countries were still utilizing investment decisions that were out-of-date. By being more informed, countries like the United States are now able to compete with major manufacturing centers of the world like China.

In the aftermath of the global recession, American companies are now starting to rethink their entire strategy in regards to their supply chains. For example, Apple and Wal-Mart are only a few of the many large companies who are starting to commit to producing their goods in the United States. While not everyone is on board yet, it is only a matter of time before North American starts seeing a massive boom in their manufacturing market.

Over the past 10 years, Mexico and the United States have become referred to as “Rising Stars” in the export industry. Meanwhile, countries like Brazil and China have seen a huge chunk of their cost advantages disappear. Today, overall costs in the United States are about one-fourth lower than the top ten leading export companies in the world (with the exception of China).

What Are The Most Competitive Export Economies?

According to the statistics provided by the BCG, the top ten most competitive export industries/countries in the world include France, Italy, Germany, Japan, Netherlands, South Korea, United States, China, United Kingdom, and Belgium. And to help track the changes, the BCG developed something called a “Global Manufacturing Cost-Competitiveness Index”.

Basically, this index covers four main areas: currency rates, energy costs, productivity growth, and wages. It was shown that the 25 countries that managed to get indexed also represented about 90% of the worlds manufactured goods and global exports.

Moving forward, this chart should shed a lot of light on the manufacturing industry worldwide, and should motivate American companies to start producing goods in their own country, something that will be very cost-efficient over the long run. By now, it is only a matter of time before the United States becomes a leader in global manufacturing.